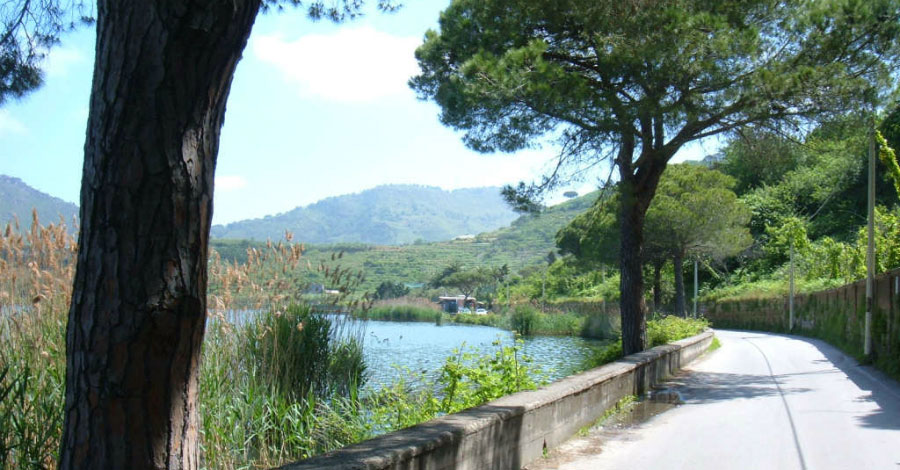 Of volcanic origin, Lake Avernus is located in the area of Phlegraean Fields, between the Lucrinus Lacus and the archeological site of Cuma.

The name “Avernus” derives from the Greek άορνος (“without birds”). This feature has always tarnished the reputation of the place, being an entrance to the underworld according to the Greek mythology. As one can read in “Aeneid”, where Aeneas decides to cross the lacustrine depths in order to enter the Hades and meet his dead father.

The absence of birds is caused by the evaporation abundant with toxic gases that impede those forms of wildlife. In fact, Lake Avernus is situated inside an extinct, over 4000-year-old volcanic crater. Nearby there is another lake of bigger dimensions, called Fusaro.

The lake is surrounded by some interesting archeological and historic sites, such as Apollo Temple, the Cumaean Sibyl's Grotto (Antro della Sibilla) and the Cocceio Grotto, a tunnel excavated by Romans for military reasons, nowadays inaccessible because of the damages it underwent during the World War II.