A day in thermal baths in Naples 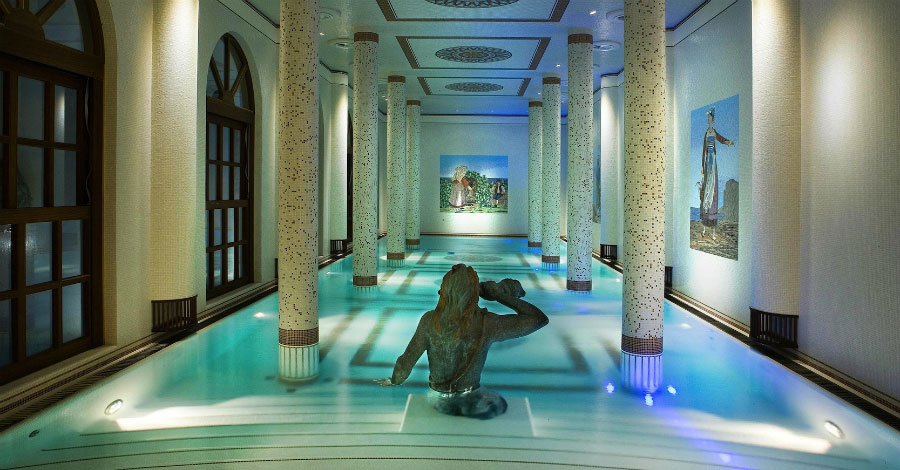 Romans at once had become aware of the wealth above and underneath what they called “Campania Felix”. And we mean not only the mild climate favoring agriculture, but also thermal springs in Naples, Campi Flegrei and Ischia.

Although antique thermal baths of Baia are no longer functioning and nowadays remain only an archeological site, there are many other thermal structures located in the zone. Anyway, a public interest has never decreased, especially by virtue of salutary impact of a bath. Moreover, nowadays those fully fledged parks host a wide range of cultural events, reviews, shows and meetings that involve not only battered ones.

Here we enumerate the principal thermal locations where you can cure your body and pass the time in company.

Situated in Agnano, zone of the Phlegraean Fields, over Fuorigrotta district. There are ruins of ancient thermal structures from the Greek period located here. However, those you can observe nowadays belong to the Roman period. In the area are present the sulphureous springs. At the end of the 19th century and for all the 20th century the interest for the beneficial waters was rediscovered and developed. For the complex of Terme di Agnano it was a period of great fortune, when they were considered an ideal model of thermal baths. The structure had been designed in popular Liberty style afterwards replaced by a hotel, considered unattractive in comparison to the previous construction. Only the main classic-style entrance remained from the former period. The last restructuring is dated back to 13th of July 2011, when the external pools were completed. Together with the new constructions some restoration works were made, in consequence of which emerged ancient Roman thermal baths and other archeological remains. In the summer the thermal park hosts events and entertainment meetings, such as the Cafè Thermal every Sunday.

The thermal park is located in Agnano, near the Lucrino Lake, in a stunning zone of Phlegraean Fields. The Stufe di Nerone thermal complex consist of 20-25 both warm and cold thermal springs that form two characteristic small lakes, completely different one from another whether it comes to external aspect or to chemical composition of waters. The vast green areas are the habitat of vegetation composed of the wide range of typical local species. Thus you may chill out on a comfortable deck chair in the garden, between one bath and another. From the various areas we suggest you the one dedicated to heliotherapy, where you can sit on a tender lawn in the shadow under a palm or other trees: myrtle, pomegranate tree, black pepper tree, elder tree… The thermal pools are located internally or externally; one outside is provided with salty-bromine-iodine water of 35°C, another is a semi-Olympic pool (25m x 10m) that enables to swim outside also in winter period, enjoying suggestive and beneficial features of thermal steam. Well then, you could tan as well during sunny December days. An internal thermal pool instead is provided with a large bath with 40°C thermal water.

Ischia is a thermal island by definition. Its volcanic origins contributed to it become one of the main thermal centers in Europe. The local thermal waters are alkaline, containing sulfur, iodine, chlorine, iron, potassium microelements and molecules of different active substances. Depending on their chemical composition they present a wide range of healing properties for diseases like rheumatism, arthrosis, neuralgia, bone fractures, muscle rupture, menstruation disorders, respiratory disorders and skin diseases. On Ischia there are plenty sulphureous springs. We recommend you in particular Negombo thermal complex that hosts many events throughout the year, likewise a thermal complex Aphrodite-Apollo.