Pompeii, a trip to discover the buried history 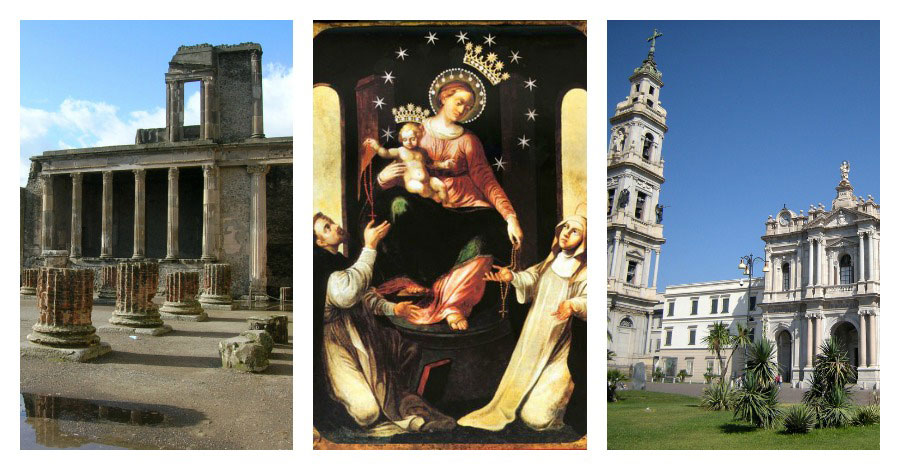 The excavations of Pompeii are an inestimable archeological treasure. Though the city is also a destination of religious tourism caused by the presence of Madonna di Pompei.

In 1997 UNESCO declared Pompeii a World Heritage Site. This result was reached thanks to extraordinary archeological remnants of Pompeii, Herculaneum and adjacent cities buried by the eruption of Mount Vesuvius in 79 AD. The excavated findings are the testimony of the social structure of once existed civilization that has been preserved almost intact for over two millennia.

The Park of Camaldoli

The Park of Camaldoli is located on the homonym hill that is the highest in Naples.

The forest of Camaldoli consists in a green oasis of nature, the lungs of the north area of Naples and a perfect destination for a pleasant walk surrounded by enchanting scenery.

Wandering around on Procida island

The Procida island has about 10 thousands of inhabitants and a surface of 3,7 square kilometers.

It is the smallest island of the archipelago Flegreo that contains also Vivara, Ischia and Capri. Its contemporary name comes from the Latin one “Prochyta”. The economy of the island is based on fishery, maritime sector and recently also on more and more developing touristic sector.

The Gardens of Augustus on Capri island 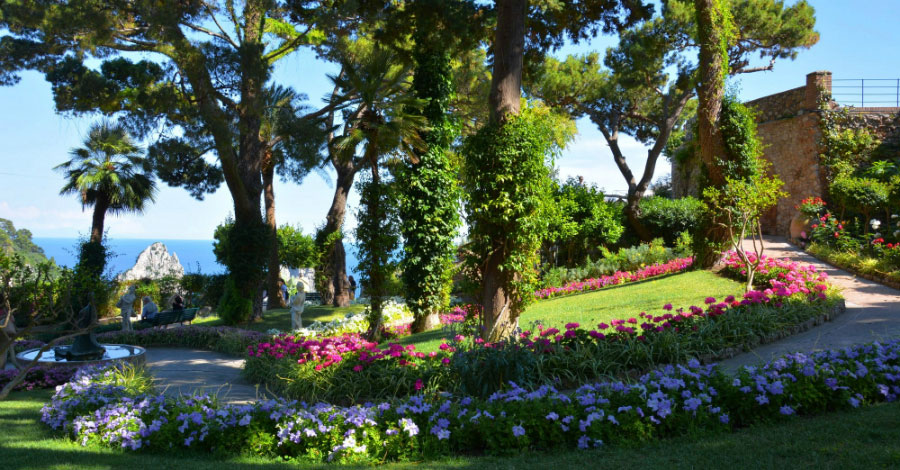 An obligatory destination that will leave you breathless. Located on Capri island, the Gardens of Augustus (i Giardini di Augusto) every year are visited by plenty of tourists who, after an elegant itinerary through the main streets of the island want to take a relaxing break in the famous scenery of Faraglioni rocks.

Being of the early 20th century provenance, the gardens have an extraordinary location: from one site they overlook the Faraglioni rocks, from the other the Marina Piccola bay and the Via Krupp with its hairpin turns. The park was established by the German industrialist Friedrich Alfred Krupp and initially took the name of “Krupp Gardens”, renamed only after the World War I by the town authorities. 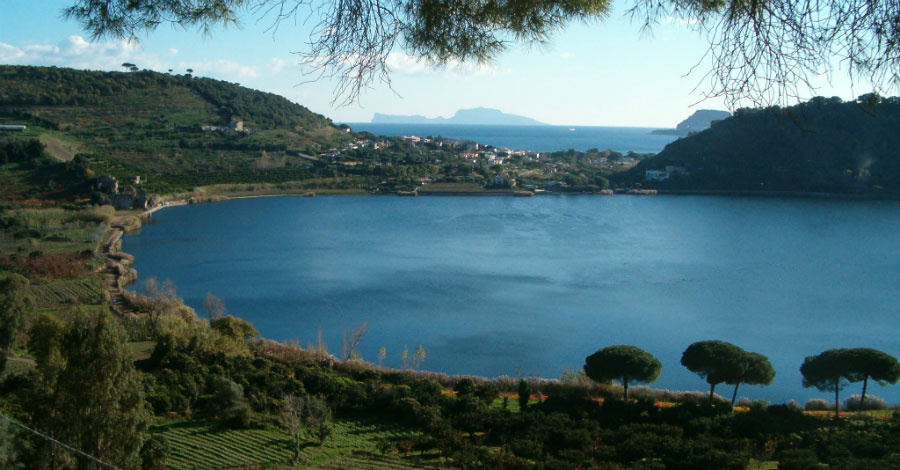 Of volcanic origin, Lake Avernus is located in the area of Phlegraean Fields, between the Lucrinus Lacus and the archeological site of Cuma.

The name “Avernus” derives from the Greek άορνος (“without birds”). This feature has always tarnished the reputation of the place, being an entrance to the underworld according to the Greek mythology. As one can read in “Aeneid”, where Aeneas decides to cross the lacustrine depths in order to enter the Hades and meet his dead father.

Faraglioni of the island of Capri 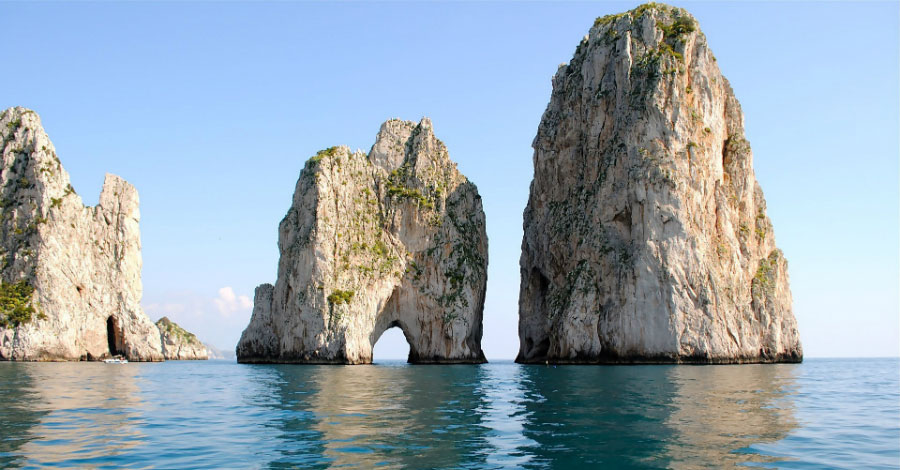 In the water off the south-east coast of the Capri island appear three rock stacks. They are probably the most famous and suggestive in the world and surely the most characteristic features of Capri’s landscape.

What makes them so famous is undoubtedly a historic panorama from the Gardens of Augustus, visited every day by several tourists willing to capture their own photo-souvenir from the trip to Capri.