The Sebeto River- among history and legends 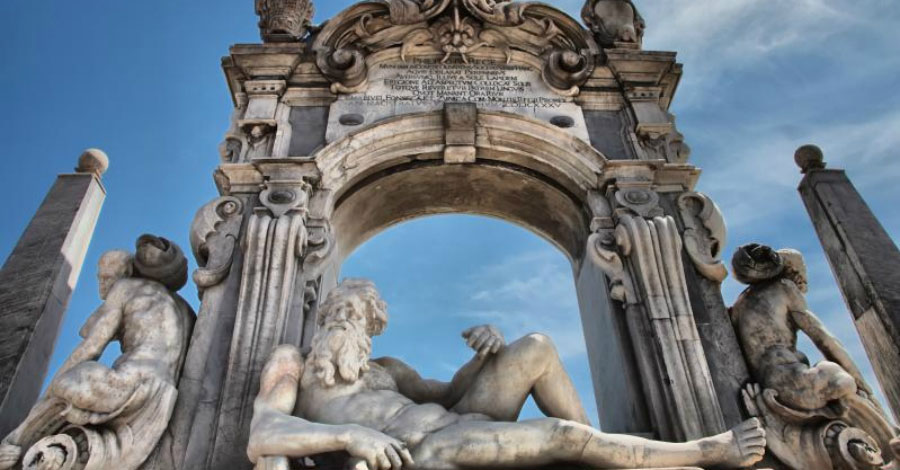 The Sebeto: the history of the river vanishes in the obscurity of time. All its traces have been missed and so a precise reconstruction of its history is difficult and assumes legendary features.

Some historic and literary sources from the Roman period mention the existence of a river on the present Piazza Municipio square. Indeed, not far away from the place, on Largo Sermoneta, there is the 17th century monumental fountain called Sebeto, executed by Cosimo Fanzago. The river rouse at the foot of Monte Somma and crossed the present province of Naples through towns of Casalnuovo, Casoria and Volla, being supplied by rainwater. Reached the city, the river divided in two branches: one of them flew towards mentioned Piazza Municipio and the other towards the present Ponte della Maddalena Bridge, located in the eastern part of the city centre. In the late Medieval period the dimensions of the river reduced consistently as a consequence of a progressing urban development.

In 1340 a famous Italian poet Francesco Petrarca tempted to trace its contemporary course, intrigued by the descriptions by Virgil, Livy and Strabo. Nevertheless, in the 14th century the river had already reduced its dimensions to a small brook flowing among the buildings. Urbanization processes in fact had provoked the burial of the river course, which story was already legendary in 1635, when the sculptor Cosimo Fanzago executed the Sebeto Fountain.

Nowadays it can be decried on via Lufrano, between towns of Volla and Casoria in the eastern part of Naples, before arriving at Ponte della Maddalena bridge. A couple of meters in total, under the highway. Other historic sources suggest that the antique Sebeto was nothing else but Arenaccia brook, which course is nowadays completely underground.