The museum of Herman Nitsch in Naples 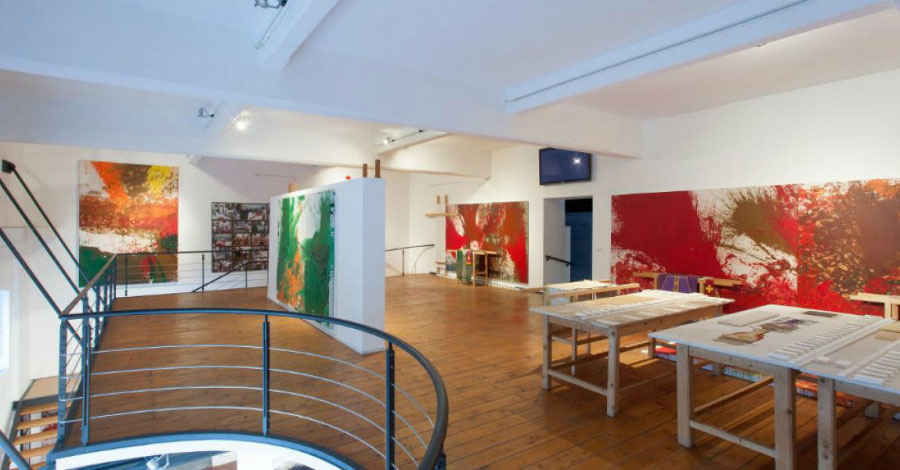 La Fondazione Morra - the Institute of Sciences of Visual Communication has as its major object of work and research activities the field of visual communication.

Arranged in an elegant 19th-century residence, the Nitsch Museum is located in the historic heart of the city, over a popular quarter of Montesanto, on the Pontecorvo street.

The museum is divided in four fundamental sections: the Collection, with installations by Nitsch and Giuseppe Morra since the 1970s until now; the Documentation, Research and Training Centre, which includes electronic translations of texts, images and events even since the early XX century; the Library and Media Library that contains books, catalogues, critical texts, articles, periodicals, monographs, interviews and documents of conferences and debates; the Department of Experimental Independent Cinema that houses video materials of the “Actions” since the 1970s until now and plays a role of the centre of study, research and diffusion of independent and experimental cinema; the Audio Library of Contemporary Music and the Center of Performative and Multimedia Arts.